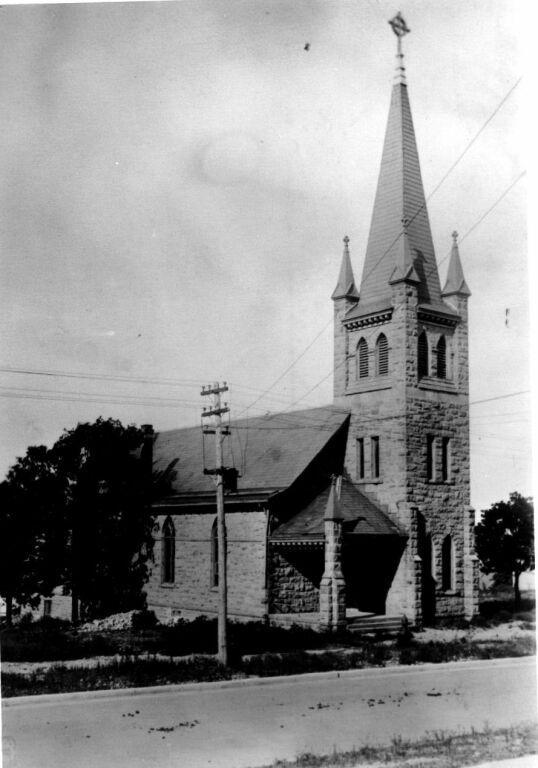 The history of the Catholic Church in McAlester starts with the explorer, Hernando DeSoto, who in September, 1541, came through the area with 12 priests.  Missionaries visited here from the Osage Mission in Southeast Kansas after 1847.  Fr. Paul Ponziglione, S.J., came to McAlester, IT on May 11, 1882, to minister to victims of a tornado.  In October, 1885, Fr. Isidore Robot, O.S.B., constructed the first place of Catholic worship in North McAlester.  In 1886, he established a Church and School in Krebs and a Church in Savanna.  Fr. Germanus Guillaume came in 1887 and Fr. Bernard Murphy, O.S.B., came in 1889.  He attended the sale of town sites when (South) McAlester was established upon the arrival of the Choctaw, Oklahoma and Gulf Railroad.  He acquired lots 3, 4, 5, and 6 in block 321 for the Church, which was built of grey stone quarried on site.  The cornerstone of St. John's was laid May 23, 1895.

The present building was built through the philanthropy of James B. Cambron and parishioners during the pastorate of Monsignor John J. Higgins.  The first Mass in the new building was celebrated on Christmas in 1948. 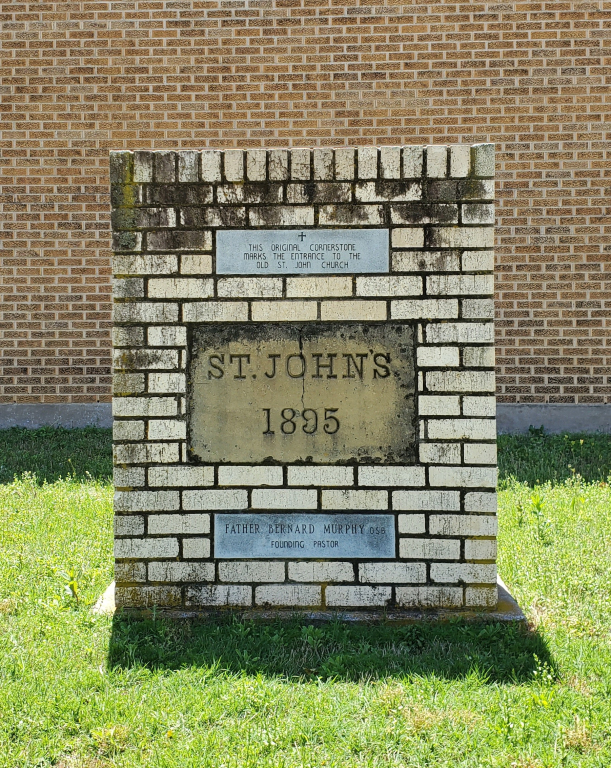 This cornerstone marks the dedication of St. John the Evangelist Roman Catholic Church in 1948 and can be found on the NW corner of our church. The cornerstone can been seen in the photo below by looking near the right side of the church entrance. 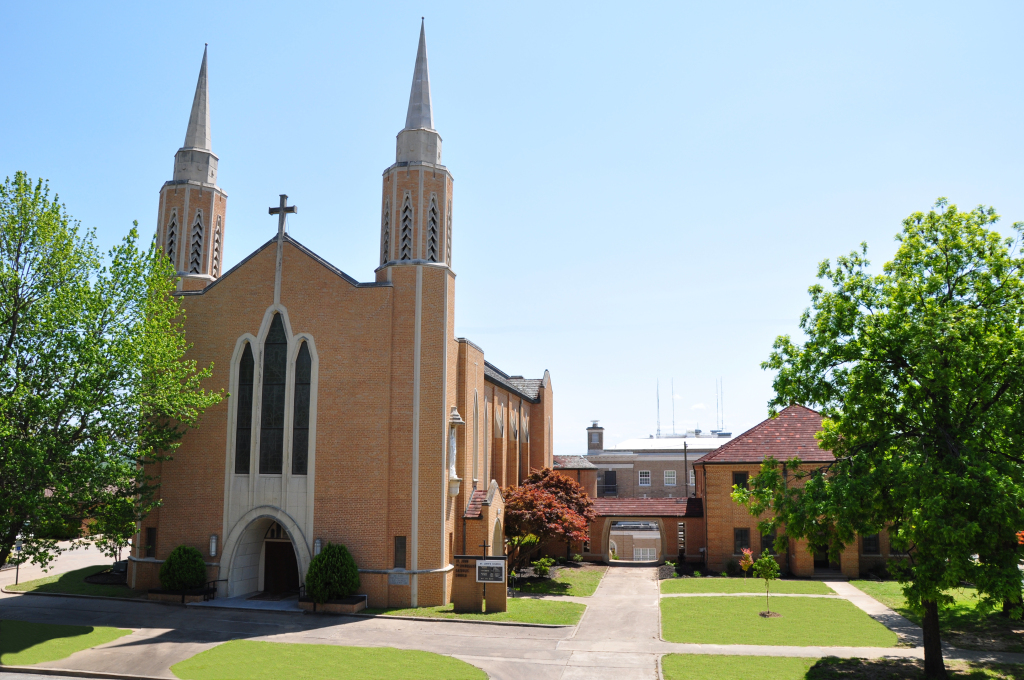 This picture captures the beauty of our present day church that has been home to hundreds of parishioners since 1948.